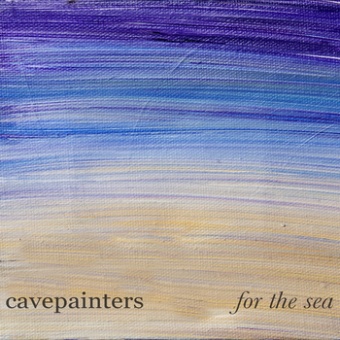 When it comes to new, upcoming bands in today’s scene, it’s broken down into two general groups: ones who have something going for them and ones who have no chance at all. I’m happy to say Cavepainters are on the positive end of that spectrum.

This song just makes you happy. As the opening track of the album, it sets the mood of the album off really nicely. The array of instruments being used is really nice and gives the instrumentation a nice depth. The singing isn’t the most beautiful, but it really fits the song. Good start so far!

This track picks up on the tone ‘Minnesota Blues’ left off. Nice upbeat rhythm that really carries the song through. It’s by no means a poorly written song, but I feel like there’s nothing special here. The instrumentation feels a bit too familiar with no new ground. That being said, I really don’t dislike this song. It is what it is. Take that for what you may.

This song is the first example of a slower, deeper tone on the album. The chorus has this eerie feel to it that will give you goosebumps and really caught me by surprise. The gang vocals really flow nicely and give the tune a bit more structure. This is a really great song.

Starting off with a nice instrumental intro, this song gives a slow, mellow mood. This kind of a song is normally hit or miss, but I’d say this one hits the mark pretty well. With the addition of some long, high pitched drones in the background, this song has a lot of layers. Lyrically, it’s just plain interesting. Being over 5 mins long, the song has a nice length but at times feels a bit too long. Overall, nicely done.

Another slower tune, this one returns a bit to the gang vocals. With multiple slow songs in a row, it was a good idea because it would have started to feel dull. I wouldn’t say this song has anything really special about it, but it’s not bad. The real saving grace here is the close. It picks back up and gives the song new, much needed life. Not bad, not bad at all.

Naked is a perfect title for this tune, but not really in a good way. This song is dull. By this point in the album, they really needed to pick the mood back up, but give us another slow song that really feels stale. As a song by itself, it’s not horrible, but it feels like nothing new. A 6 minute song that follows the same formula as the last two songs really should be placed elsewhere on the album.

Ahh, finally another up tempo song. This tune really feels like a breath of fresh air. With the fast guitar and mandolin strumming in the background and the vocals crooning, this one really gives the album new life. Nicely done.

This song falls back into the slow song formula, but feels right. The instrumentation brings nothing special, but lyrically it’s one of my favorites on the album. The song gets better once the gang vocals come in, but never really excites the listener and ends up feeling a bit flat.

I can’t express how much I enjoyed this song. In my opinion, this is the direction the band should be taking. It has a rough sound to it and really has a nice groove to it. I came back to this track over and over. The bass line really gives flavor to the instruments and makes the song pop. Fantastic song.

Following the same flow as ‘Don’t Lose Your Head’, it has a bit rougher of a sound than the rest of the album. Honestly, the lyrics are just strange, but it really makes the song awesome. This was a great choice of a closing track. Though it really doesn’t encompass the rest of the albums sound, it ends the album with a good taste.

Though the album has pacing issues and doesn’t give much at times, it really is a fine listen. It’s nice to see a band that can actually carry an album purely with instruments and no help of a computer (Minus the whole editing part). I was pleasantly surprised by these guys and hope you will give them a listen too.